A loud bang like an explosion followed by a gentle vibration that makes the dishes in the cupboard rattle. This is how you could describe a light earthquake. Or a massive thunderstorm. Both events that are unlikely to affect parts of Central Canada on a cold January day. The cause behind this phenomenon can be found in the soil: A frost quake.

Frost quakes, also known as “cryoseism”, occur close to the surface in the ground, mostly as a direct result of a sharp drop in temperature after a wet, mild weather period. The groundwater stored in pores and crevices cools below freezing point. The sudden expansion caused by freezing leads to the formation of cracks in the ground and in the rock, which is noticeable as a loud bang and slight ground movement within a small radius of only a few hundred meters. Depending on the size of the crack, a frost quake can vary in strength. The strongest can even lead to small cracks in streets and houses. However, these events do not pose a threat to humans. Usually, it is just the noise that makes people nervous.

Frost quakes and earthquakes might have similar effects, but their causes are completely different. While most earthquakes result from a sudden stress release within the rock layers of the Earth’s crust, frost quakes are a result of freezing water during extreme cold waves. But more important: Frost quakes are extremely small compared to the possible size of earthquakes. Measured on a local magnitude scale (e.g.: Richter), they would barely reach Magnitude 2. While earthquakes of this size are rarely felt, frost quakes however would be well noticed by residents, because similar to real earthquakes, the area and the size of impact of frost quakes depends on the depth.

Since this is in the meter range during frost quakes, the felt radius is mostly limited, mostly limited to one district or less. Thus, most of the frost quakes, which can hardly be detected instrumentally due to their low seismic energy, remain undiscovered because they occur in unpopulated areas. But sometimes they happen close to big cities like Toronto (2014), Ottawa (2015) or Chicago (2019). During strong blizzards in North America, frost quakes might occur as far south as Missouri.

But not only North America can be affected by frost quakes. In the younger history, several cases of frost quakes have been reported from parts of northern and eastern Europe, although the conditions for the formation of frost quakes are less favourable there.

In January 2016, a frost quake within the Finnish city of Oulo made it to the headlines. Many people described this event as a “rather strong earthquake”, although Oulu is, as well as most parts of Finland, a seismically inactive region that rarely gets affected by significant quakes. However, this frost quake was so strong that it even damaged a residential building. Frost quakes were recorded several times in Finland during this winter due to the favourable weather conditions, including one event on Christmas Eve. Favourable especially: The snow cover, which would otherwise prevent the ground from cooling down quickly, was missing due to a rather mild autumn.

Frost quakes in Europe have been known, albeit rarely, since the 19th century, especially in Eastern Europe and Russia. An earthquake felt in the Latvian capital Riga in January 1870, previously stated as one of the countries largest earthquakes in history, is classified as a frost quake by recent studies.

During a severe cold spell in the winter of 1908/1909 there were reports of frost quakes from western Russia, Belarus, Lithuania, Poland and Finland.

While frost quakes originate from freezing ground water within the upper soil layers, another form of cryoseism only happens within glaciated areas. So-called “ice-quakes” are caused by the breaking of glaciers and therefore usually not affect settled areas. Most ice quakes are recorded on glaciated volcanoes like Mt. Erebus, mainly because these are the only places with a dense seismological network that allows their detection.

Cryoseismic events and earthquakes have different origins, but their effects and therefore also their names are similar. Earthquakes always come without warning, but frost quakes are depending on certain weather conditions. It needs a sudden and severe cold spell as well as a wet and snow-free soil (maybe due to previous rain). Under these conditions, people in Canada, the northern and Central United States as well as people in north-eastern Europe and Russia should think about frost quakes if they are looking for the origin of sudden booms with a gentle shaking. 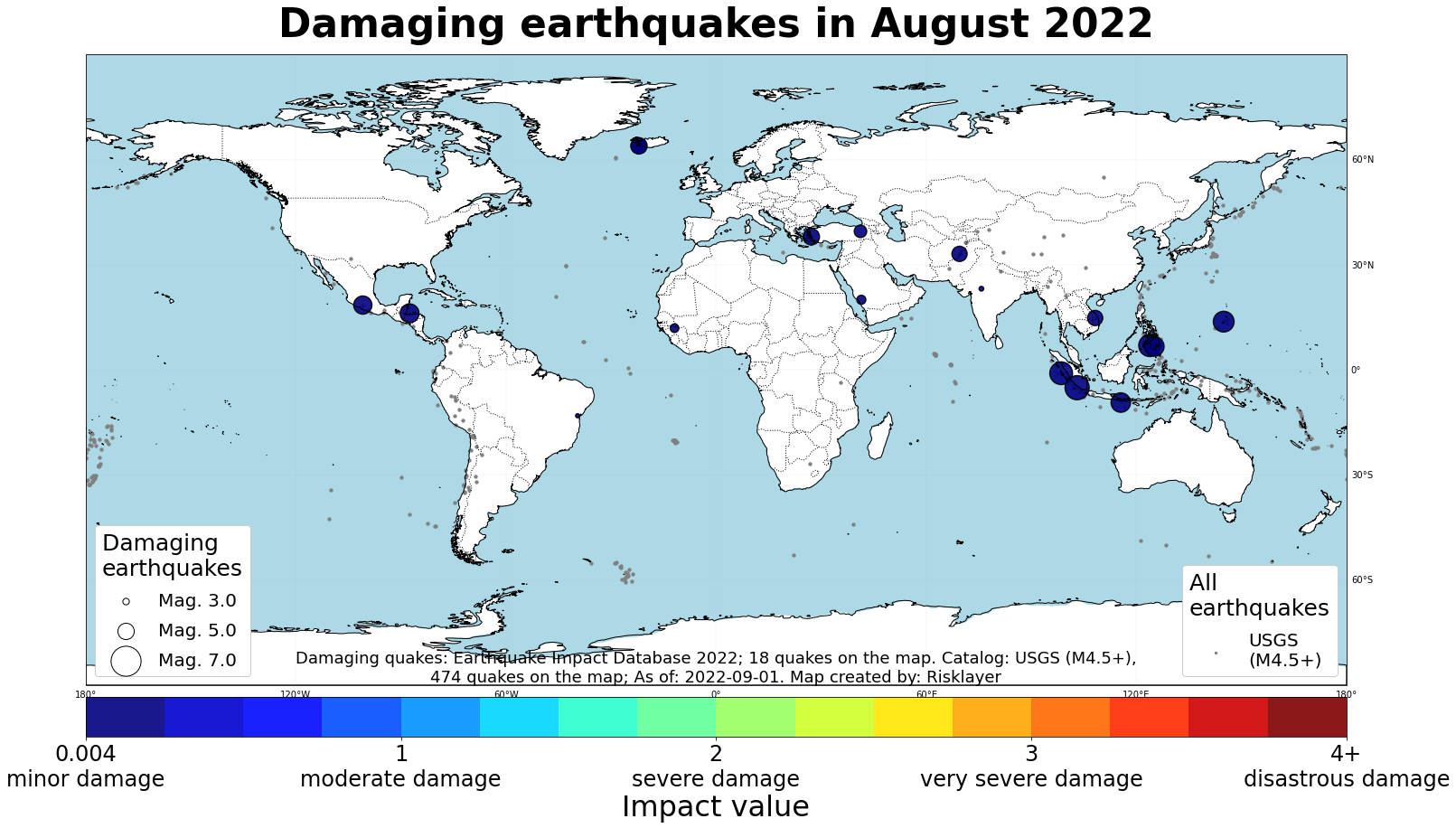 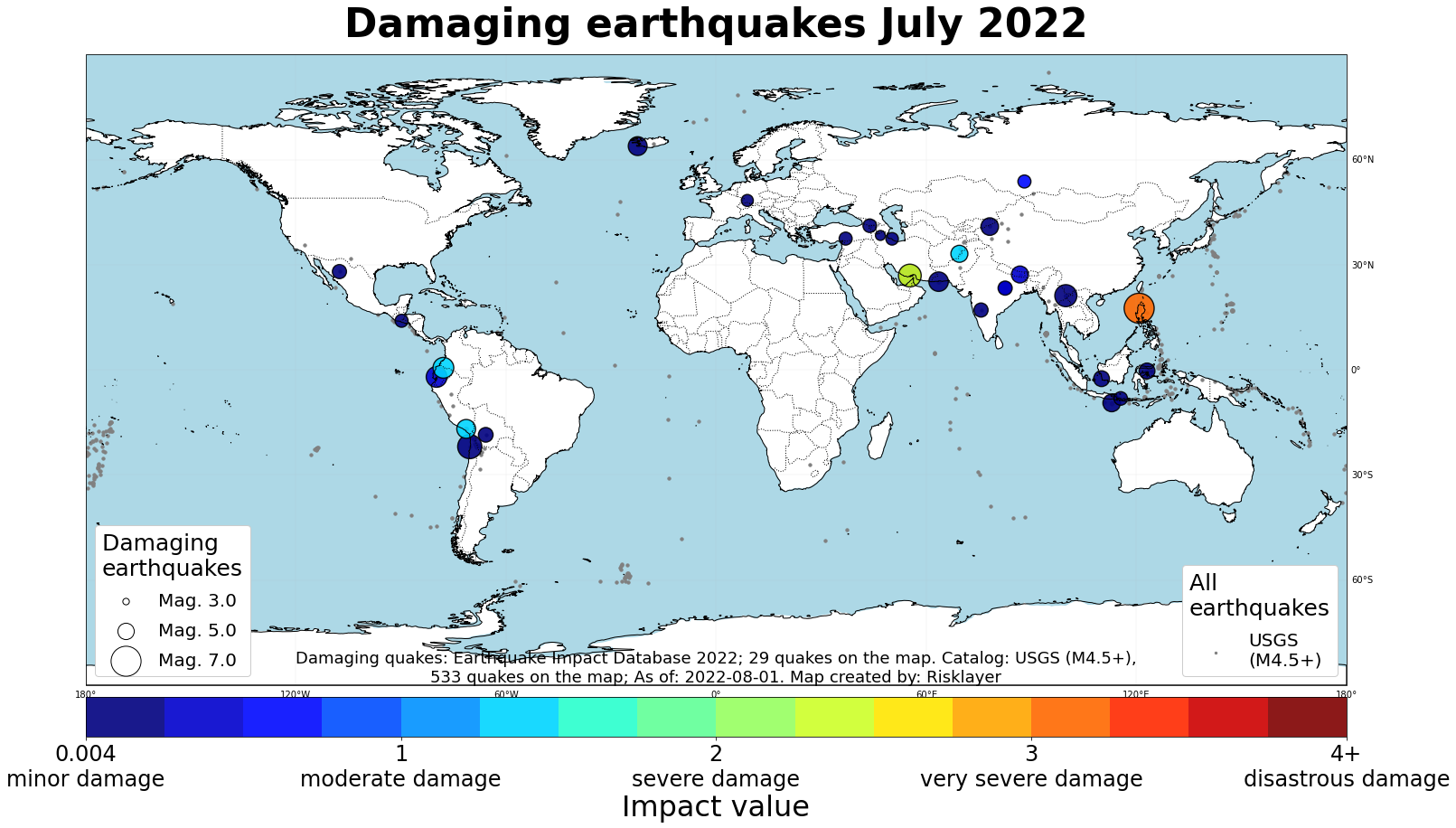