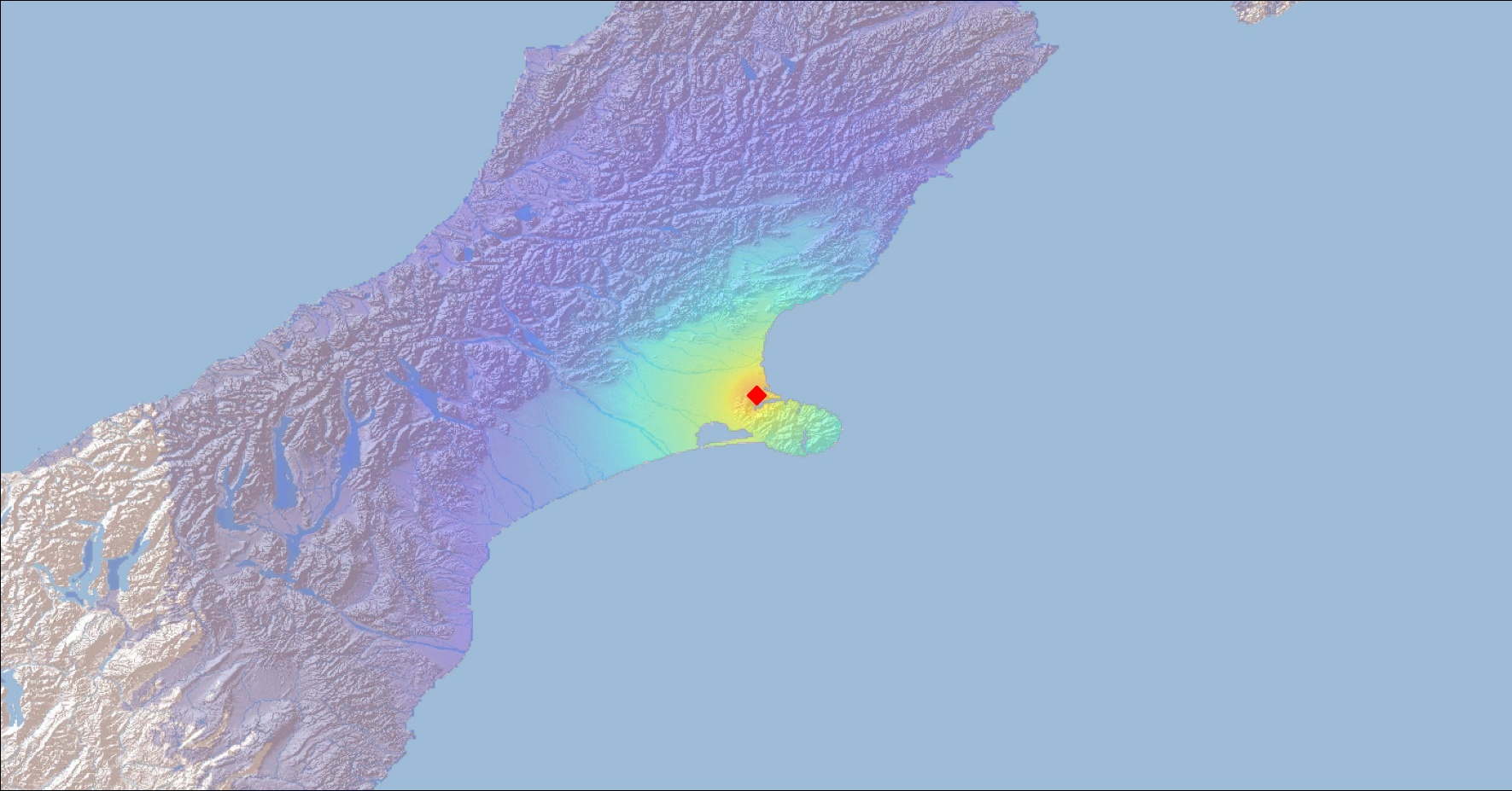 Ten years ago on February 22nd 2011, the deadliest and most prominent chapter of New Zealand’s latest earthquake history was written, accompanying the story of the world’s most infamous aftershock: It was the day when wide parts of Christchurch, the countries third largest city, were destroyed by a superficial Mw6.2 earthquake. A combination of unexpected hazard, extreme ground motion and secondary effects resulted in the death of 185 people and the most destructive earthquake in NZ history. Today, on the tenth anniversary, we want to look back on this unexpected disaster, its impact, and the lessons learnt from its devastating effects.

New Zealand is sitting on the boundary of two major tectonic plates: The Pacific Plate in the east and the Indo-Australian plate to the west. This plate boundary forms two major fault zones: The Hikurangi subduction zone off the east coast of the North Island and the Alpine Strike-Slip fault that crosses the South Island from North to South. Both faults are capable of large destructive quakes. However, both have not had any major rupture within the past decades. The recent New Zealand earthquake history was dominated by smaller faults, especially those around the Cook Strait and near Wellington. Christchurch is located in Canterbury region on the east coast of the South Island, hundreds of kilometres away from the prominent Alpine fault. In younger history, there have been few earthquakes with damaging effects in Canterbury. No large fault zone was known prior to 2010. Therefore, Christchurch was not considered to be a high-risk area and many unreinforced masonry buildings and other less earthquake resistant structures were still present in the city.

In September 2010, the Mw7.2 Darfield quake was the first big surprise. It ruptured the previously unknown 40-km-long Greendale fault 30 km west of Christchurch. Extreme ground motion of up to 1,8g acceleration were observed, luckily in sparsely populated areas. However, no casualties but several injuries and widespread damage around Christchurch were the results.

Later, paleoseismological studies have shown that it was not the first-ever earthquake in this area. Although the recurrence time of such an event is rather long. The last rupture of the fault was identified occurred about 30,000 years ago. With no expressions of the fault and no significant historical seismicity nearby, there was no clear sign that such a quake had to be expected.

But the Darfield quake did not remain the last surprise.

As usual for strong quakes, a significant aftershock sequence within Canterbury followed. An aftershock sequence which is still active today. While aftershocks usually tend to be significantly weaker than the mainshock, at least one magnitude, they rarely cause any significant damage. However, one magnitude weaker than the Darfied mainshock was still larger Magnitude 6. A quake magnitude that can lead to extensive damage, if affecting the wrong location. Locations like right beneath a big city. A big city like Christchurch.

This is how the February 22nd Mw6.2 earthquake came to be: Another previously unknown fault was triggered by the nearby Darfield quake. Additional tectonic stress that brought the fault close to failure which means that it was only a matter of time until it ruptured in a large quake. Its characteristics, in particular the shallow rupture depth of about five kilometres and its position right beneath the southern parts of Christchurch, made this earthquake significantly more dangerous than the Darfield mainshock. In addition, the general geological setting of Christchurch was also disaster-favouring. Except the southern-most parts which sits on solid volcanic rocks, most parts of the city were constructed on unconsolidated sediments. The upper few meters of the soil consist of sand, gravel and silt, underlaid by dense layers of sand. Together with the strong ground shaking and water, the soil started to liquefy in many places across Christchurch, forming sand volcanoes and lateral spreading landslides. More than 15,000 residential houses were damaged just by the effects of soil liquefaction.

Soil liquefaction already occurred during the mainshock in some places and was also seen in later events of the aftershock sequence. Therefore, it should be considered as a typical hazard for this area and not particularly an effect of the February 22nd earthquake. However, the high intensity led to widespread occurrence.

But the shaking itself was also very destructive. Many of those unreinforced masonry buildings across the city have experienced partial or total failure. 62% of them were tagged “red” in the aftermath, seen as unusable due to the earthquake damage. Within Christchurch, the percentage of red-tagged buildings was 23%, which makes a total economic loss of 15 billion NZ$.

A shallow depth, a fast rupture and the unconsolidated sediments on which Christchurch and nearby towns were built lead to extreme ground motions that exceeded the mainshocks accelerations, despite the lower magnitude. Up to 2g, two times the gravity acceleration, were detected in parts of Christchurch. This makes the February 22nd aftershock one of the quakes with the largest ground motion ever recorded worldwide. In parts of Christchurch’s Central Business District, the ground excitations were between 3 and 6 times higher than those recorded during the September mainshock. Ground failure, lateral spreading, and liquefaction in many parts of Christchurch were the consequences and led to collapses of even reinforced concrete structures.

The aftershock sequence has led to further damaging events, including one with Mw5.9 in June 2011, caused additional damage. The last strong aftershock of the sequence occurred in February 2016, Mw5.8, and damaged up to 13,000 structures. While the aftershock activity is further declining, the long-term consequences of this disaster are still present. the building codes of Christchurch were adapted during the reconstruction. Unexpected earthquakes in densely populated regions with high susceptibility for ground liquefaction and other secondary effects are among the worst possible cases of earthquake hazard. The fact that an actual aftershock might be as destructive should also bring their potential threat into the focus. To reduce the risk, it is important to know the odds. Paleoseismology and the identification of seismogenic sources are a key, strict building codes the doorway. Today, with ten years have passed, it can be seen that New Zealand has learned from the disaster and invested in reconstruction and improvement also of public communication systems. Other countries and regions, which have not faced a major earthquake for a long time, should notice this message. It does not need a second Christchurch to understand that the worst expected case is sometimes not even close enough to reality. 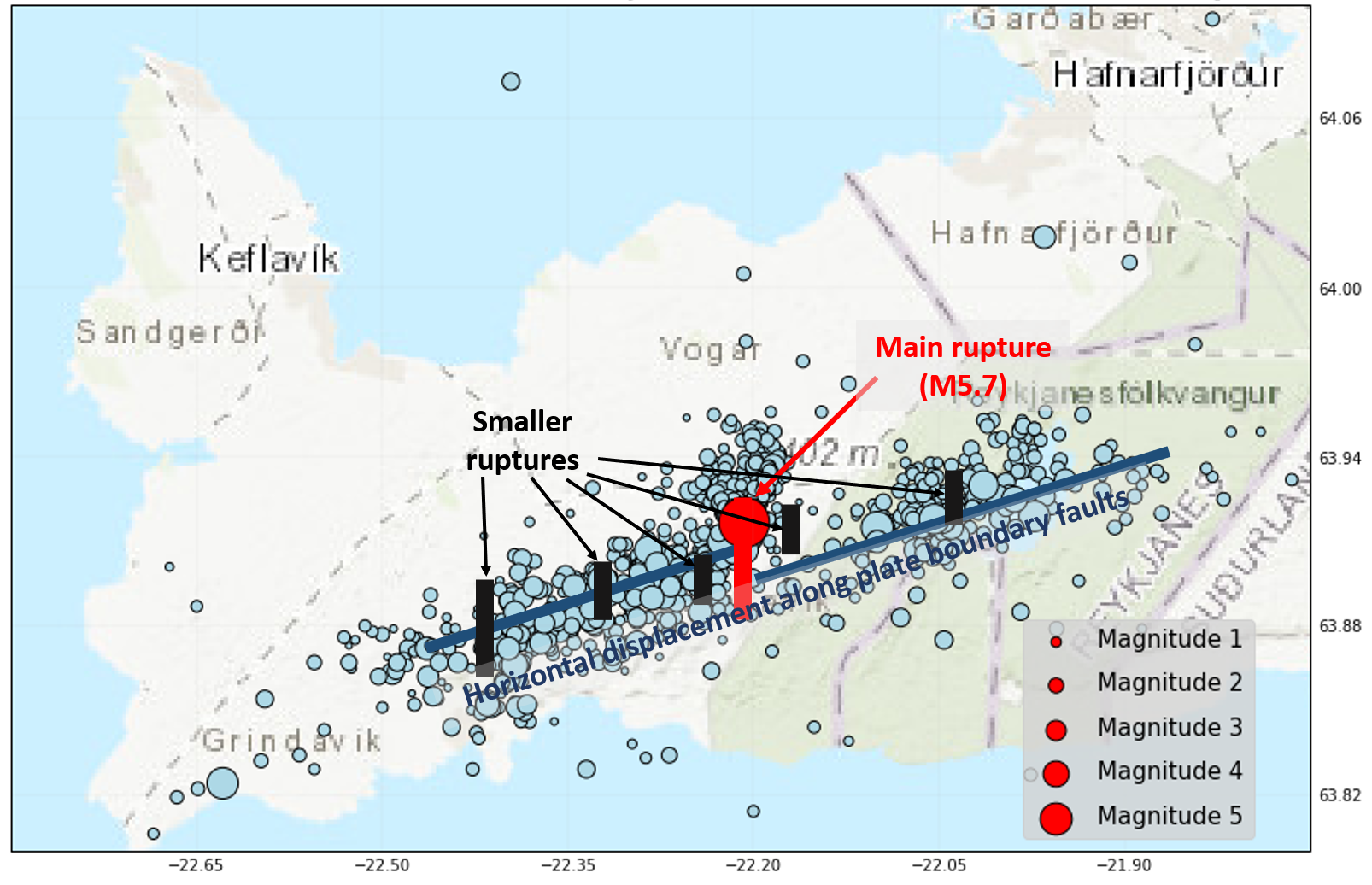 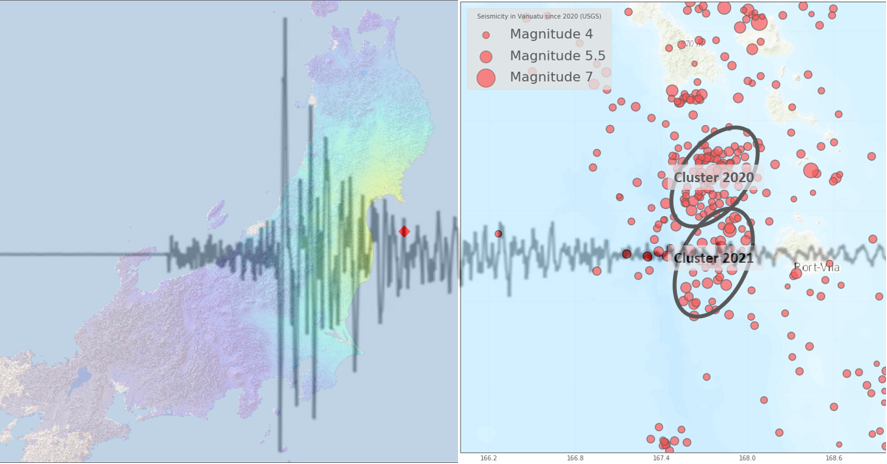